The First iPad 2 Accessories Have Been Announced 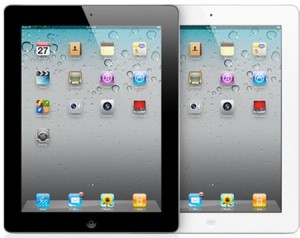 In a week from now, the new iPad 2 will be available on the market. Steve Jobs of Apple just made this announcement a couple of days ago. Surprisingly for me, iPad 2 has the same screen diagonal as the previous one, 9.7”. I would have thought it’s going to be smaller. Nonetheless, the new iPad is smaller, thinner, lighter, so I wasn’t totally wrong in my assumptions.

What I liked very much were the iPad 2 accessories introduced during the same launch event: the Smart Covers, the Digital AV adapter with HDMI mirrored video output and the new dock. 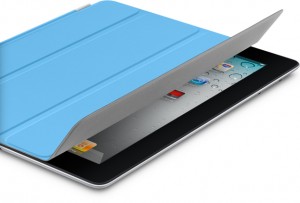 The iPad 2 Smart Cover is really smart. It covers only the glass of the iPad and it gets attached with magnets. The idea of using magnets in both the Smart Cover and the iPad 2 itself is awesome: the cover will always snap into the right position each time, so putting it on is a matter of a split second only (or a second, but you get the idea: it’s fast and you can’t go wrong because those magnets will auto-align themselves).

After seeing this cute accessory, I did a little research to see what other well-known iPad accessories manufacturers are up to. I discovered some cool cases which are already available for pre-order and will be shipped shortly after the iPad 2 will be available.

July 2011 update: there’s a new accessory for the iPad 2, which has just been launched: ZAGGfolio, the all-in-one iPad 2 companion.

This is a skin I liked a lot and I’m happy to see it adapted for the new iPad. The new hinge design helps keeping the screen cover attached to the case. The case allows access to all ports on the iPad. Moreover, it is designed to permit heat dissipation in a natural way, thus preventing overheating of the iPad. This is not rocket science, they just made those vents on the case mimic the vents on the device, so the airflow is not restricted.

Hard Candy Cases took advantage of the iPad2 integrated magnets. The magnetic screen enclosure easily attaches to the back of the case while not in use. 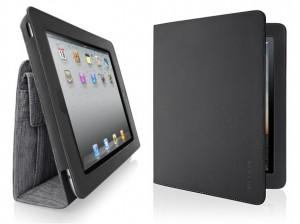 Belkin is another manufacturer with tradition in the electronics accessories industry. They came up with a series of folio cases, all nice and slim, elegant and good-looking. They can all be used as stand for the iPad. I like them. I think it’s cool they all have openings for the two cameras, so you can use them without taking the iPad out of the case. 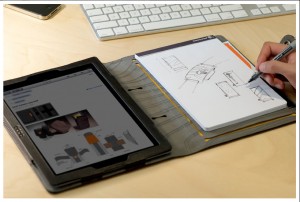 Elegant and functional, this agenda combines an iPad 2 case with a notebook. It’s awesome for business meetings or for traveling. You can have everything handy, your iPad, your business cards, your pen and some paper for taking notes. There are also notepad refills available for those of you who need them. 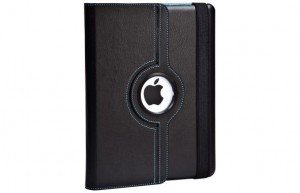 This case converts into a stand. Thanks to the 360-degree feature, it makes it very simple to switch between landscape and portrait positions. As you can see, it doesn’t cover the Apple logo (very important for some) and it looks stylish and high-quality. The case provides access to all iPad 2 functions, so you don’t have to take it out of the case to fully use it. What I see as a small drawback is the weight of this case: 1 lb. However, if that’s not so important for you, then you should probably consider this solution for your iPad. 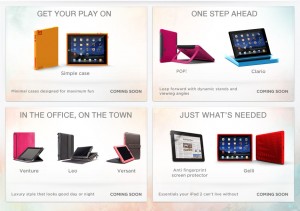 Case-Mate will come out with four lines of cases, all good-looking and very interesting. They aren’t available yet, but you can opt in to be notified when they will be released. I find the POP! and Clario quite attractive because of their ability to turn into a stand and because of their nice colors.

The well-know protective film from ZAGG is available for pre-orders on their website. This is a good idea, in case you think of getting an iPad 2 and you are obsessed with anti-scratch protection. Pre-order the ZAGG so you can get it at the same time with your new iPad.

Later edit: Here’s another cool car accessory for the iPad 2. For details, just click on the image below: