The Eight Myths And Truths Of Parenthood

This post is written by the first guest author of this blog, Vivien. She is publishing InspirationBit, a blog about inspiration, life and resources that awaken our creativity. 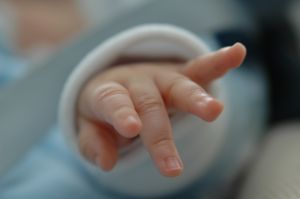 First of all, I’d like to thank Simonne for giving me this great opportunity to write about children, family. I have a two year old daughter and I often wish I knew a bit more about parenting before I stepped into it, and that is why I’ve decided to write on this topic. Today is Mother’s Day in North America. I’m not sure if it is celebrated today in some other countries as well. But I’d like to congratulate every mom who’s reading this post and wish her a Happy Mother’s Day.

Sometimes I think I was re-born as a new person ever since my daughter was born. I certainly discovered some new qualities I never thought I had in me before. I’ve also learned a lot about parenting and life in general. I’d like to go over some of the misconceptions that most people have about parenting. Hopefully, both parents and non-parents will benefit from reading this.

What other parenting myths you’d like to debunk or to find the truth about?