Killing Me Slowly With Your Love 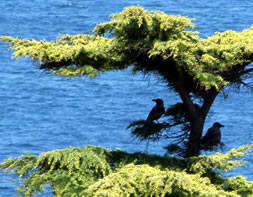 Love. The final frontier. Two people sharing the same dream, step together on the path to its pursuit. Happiness is in their eyes, a glorious future is expecting them to live it to the full.

A few years later. The same two people, killing each other slowly day after day, arguing even for smallest things, blaming the other for their own misery which they create and feed with their anger. “Why don’t you just separate and mind your own business?”, we may ask them. “I can’t do it that sudden, because I still love my partner”, comes the answer which is probably key to many unhappy marriages in the world ad to the reason why so many people enjoy watching love movies that make you cry.

I once heard this story:

There was this guy who had a dog. The neighbours could see him one day, taking the dog out in the courtyard and cutting an inch of his tail. The next day, the scene repeated, the guy cut a bit more of the dog’s tail. The third day, again. Then, one of the neighbours asks our hero:

– Hey, my friend, why do you do this to your dog? Is this a kind of a punishment, or what?

– No, it’s not a punishment, the guy replied, it’s just that I would like my dog to have a short tail, so I’m cutting it.

– Why don’t you cut it to the desired length at once then?

– I can’t because I love my dog so much! I don’t want to make him go through such a big pain at once!