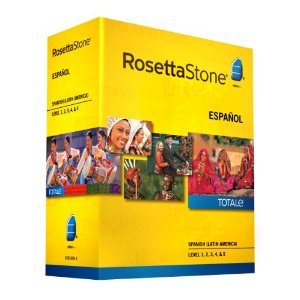 Did you ever experience the frustration of visiting a foreign country and not understanding the language at all? Luckily, English is pretty much international these days. However, when I visited China I had the surprise that many people did not speak anything but Chinese, so my knowledge of three languages was rather useless, as long as I was not able to speak, read or even understand a single Chinese word. Another language worth learning is Spanish. I’d love to visit Latin America some day and I surely want to be prepared better than I was for my Chinese experience.

No Language, No Fun

I felt so frustrated in the beginning, because I always like to talk to people in foreign countries I visit, I enjoy conversation, I want to feel the spirit of places, and for this, I need at least to understand the basics of the language spoken by those people. On my way from the airport to the hotel, I started to pay attention to pictures and signs, and as some of them were bilingual, Chinese-English, one hour later I was able to recognize the Chinese word Beijing, even when it was not accompanied by the English spelling.

No Language, Lots of Fun

That was the beginning of the most amusing game I played for three weeks, the duration of my stay in China. I looked at things, pointed at them and my host was telling me their Chinese names. Then I repeated until I managed to pronounce correctly. Every now and then, we reversed the roles: my Chinese friend pointed at things and I had to name them back in Chinese. I was astonished to discover that I could remember almost everything: it seems like association is the natural learning way of the brain (indeed, children learn their native tongue by making associations).

Back home, I gave it a thought and this is my explanation of my unexpected evolution:

It is also true that I’m clever 😉 Now I’m going to learn Spanish, but this time I want to make it a little bit faster, so I’m going to get the Rosetta Stone Spanish Level 1-5 Set

, because they use the same natural way of learning that worked so well in my case. Their free demo convinced me to give it a try. I like the interactive language software with speech-recognition technology, the live online lessons and the language-enhancing games.

The sample topics include the following:

You’ll learn how to read, speak and write in Spanish (or the language you’ve chosen). More important, you’ll learn how to memorize what you learn and how to build your vocabulary and language abilities. The speech recognition will give you confidence in your pronunciation.

Reviews on Amazon are promising. I hope I’ll be able to make quick progress with my Spanish. Here’s what one of the reviews said:

Each screen is accompanied by a phrase, spoken out loud by a native speaker in the program, and four slightly different picture scenes that require you to pick the one that the sentence is referring to. Beginning at a very basic level — such as “the boy is under the tree” (in whatever language) with four pictures of a boy next to, under, in the limbs of and cutting down the tree — your proficiency improves as you move through these basic cues to more advanced and complex speaking and contexts. By the end of the program you are dealing with fairly complex situations, sentences and associations.

I’m tempted by the current deal on Amazon: the complete Level 1-5 Rosetta Stone is only $479, which is 36% off the retail price of $749. That’s a $270 saving. It’s enough to make myself a nice gift.
What foreign languages do you wish to learn? Do you think that speaking many languages can bring you benefits?

Violeta Matei is a freelance writer with a technical background. In the beginning of her working career, she had the opportunity to learn Microsoft Excel, Word and Powerpoint and to apply these learnings in her daily work. She even wrote two e-books on the most useful keyboard shortcuts in Excel and in Word. Since embracing an online career path, Violeta has been writing detailed guides on using and troubleshooting Windows, MS Office and WordPress and she started to learn photography. Since she works from home, she shares various tips and tricks that can help people improve their life and make their homes better.