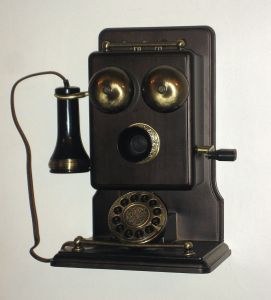 Cell phones become more and more multitasking devices. One of the most common functions, besides the basic “telephone” one, is the digital photo camera function. The first generation of photo camera cell phones worth taking into consideration had only VGA resolution (640 x 480 pixels) and such cell phones were so fashionable that many young people were longing to have one. Amongst the most known VGA camera cell phones are Nokia 5140, Nokia 6170, Nokia 6230, Nokia 6020, Motorola E398, Motorola E770, Motorola V600. Pictures taken with these phones were good only to be sent via MMS, because of their poor quality. Printing them was out of the question.

Rapidly, these cameras came out of age, as a new generation appeared, the so-called Megapixel cell phones, with 1Mpixel resolution camera. Only now, photos taken with the mobile phone could be printed at proper quality and even more people got motivated when replacing their old phone to buy a camera cell phone. There are very nice models available, such as Motorola V635, Motorola E1000, Motorola RAZR V3xx, Nokia 3230, LG KG800 (LG chocolate), Samsung SGH-E720. I’ve got the Samsung SHG-E720 and I can tell you that pictures looked fine even when printed on paper.

Then, there was the time for 2Mpixels camera cell phones, amongst which, Nokia 6280, Nokia N70 and Sony Ericsson D750. If you think to buy one of these models, take a look at this illustrated comparison between their cameras. It is worth mentioning that Sony Ericsson used the same camera for three models: SE D750, SE K750 and SE W800. Now there is barely any difference between pictures taken with such phones and those taken with point-and-shoot photo cameras.

Amongst the latest entries on the market, there are three outstanding models, Nokia N73, Samsung D900 and Sony Ericsson K800. They all have 3.2 Mpixels cameras. To find out which one is best for you, you can check out this page, which shows a comparison between the three models, the same pictures being taken with all of them and displayed next to each other. It is a relevant review, as the test pictures were taken in various conditions: outdoor, buildings, cars, posters, close-ups, indoor or flash. There are also some useful comments to the pictures, as well as a lot of readers’ comments.

In case you want to take a look and compare also some prices, you can do it here: Best mobile phone deals