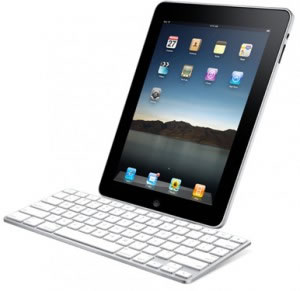 Special May 2012 update: Memorial Day comes with 50% off for many ZAGG products, so now it’s the best time to buy those accessories you always wanted but didn’t quite afford. Click on the banner below to go to the discount page: 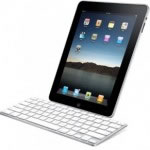 Not long after the sound launch of the iPad, after the long-awaited gadget was labeled as just a big iPod Touch by prestigious publications in the industry,  the first iPad accessories and apps didn’t wait too long to be announced. The story does not stop here. Apps for your iPad are being developed everyday. New apps that use Business Dashboard technology can even make you more productive at work.

Of course, after Apple announced their envisioned accessories for their “not just another tablet computer”, lots of  third-party electronics manufacturers announced their cheaper alternative to the original iPad accessories from Apple. Here are some tips and tricks on what you may still need to buy in order to get the most out of your new iPad: If you ever used a touch screen device, then you probably know that touch screens and working are not quite a match. After all, how fast can one type on a touch screen? As real life proved, touch screens are cool and nice to use when we only need to press a couple of buttons to scroll through pictures or to browse the web. However, when work implies some real data entry, a “flash and bones” keyboard is a must-have if you don’t want to have the productivity of a snail hurrying up to climb a leaf. Priced at $69, this iPad accessory solves the problem of Apple fans who need more than showing off with their cool gadgets. The iPad keyboard dock is not only a simple keyboard, but also a charging and syncing dock, which will allow the iPad to have the same functionality of a netbook. You may ask (and you’d be right) why not buying a netbook, then and have everything included from the start, without having to buy additional accessories? Well, netbooks are so popular lately, that it’s simply not cool enough to show off at your favorite cafe with a netbook. An iPad is something else. It’s cool. It’s lifestyle. It’s Apple.

If you decide the virtual keyboard is just fine, then you can have the dock without a keyboard attached for as little as $29. The dock will allow you to charge your iPad, to sync it with your computer or to plug in some speakers or the camera connection kit. 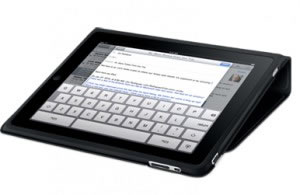 Well, if you got the iPad dock, you may still need something to be able to keep your iPad in a comfortable position while typing on the virtual keyboard. Just putting the gadget on your desk could be tricky, because that’s not the best position for typing at all and besides, you may involuntarily move it when you type, so you’ll be soon finding yourself chasing the iPad on your desk surface. For $39, you can call one of these cases yours.

Even if you decide you don’t need a keyboard nor a dock, you may still wish to be able to charge your iPad directly from the power outlet. This cable is 6-foot long, a feature that’s supposed to make you happy that you can charge the device from such a distance (as if extension cords weren’t yet invented).

This accessory allows you to download photos and videos from a digital camera into the iPad. There are two ways of doing this: either by using the camera’s USB cable or by inserting the card directly into the card reader on the camera connection kit. The kit works with SD cards. I don’t know if other card formats fit.

Griffin announced a series of cases, sleeves and protection covers for iPad. They don’t disclose any prices yet, but here’s what you’ll be able to buy soon:

FlexGrip is a flexible silicone skin for iPad. It offers a good protection for your gadget, while allowing full access to all ports, jacks and controls. This protection case will be available in a few colors. Although I don’t quite get why people buy beautiful things only to cover them with such cases, I have to admit this case looks nice.

This kit includes a protective sheet and a cleaning cloth. The protection sheet is not just a piece of transparent plastic, but a low-glare, matte-finish “static peel screen protector”. The low-glare feature will be useful, I suppose, because it will help enhancing screen visibility during sunny days.

Trendy Digital is a manufacturer of sleeves and cases for gadgets such as Amazon Kindle or Sony Reader. They didn’t miss the chance of launching a few practical cases for Apple’s new tablet computer.

This case offers a good protection against dust, sand, water or dirt, thus being suitable for people who think to use their iPad at the beach, by the pool or while they are relaxing in the bathtube. Waterguard features an adjustable strap, so you can wear your iPad around your neck or like a shoulder bag. If you need such a case, then find out that they are already available on Amazon for the  price of $19.99. There are two options of color:

Belkin is one of the most-known manufacturers of computer sleeves and bags and of various other accessories for laptops, iPods, iPhones or netbooks. They didn’t miss their chance to have a slice of the iPad accessories pie Apple Computers just offered with the occasion of the new iPad launch. They came up with three 10-inch sleeves (Vue, Max and Grip) and a screen overlay. The Vue and Max sleeves cost $39.99, the Grip sleeve costs $29.99 and the screen overlay is $19.99. I’ve read somewhere that Belkin holds more than 25 iPhone and iPod accessories patents and that their annual sales exceed one billion US dollars. If iPad will manage to overcome this initial wave of disappointment, the iPad accessories market could also become huge in a very short time. Or it could turn out to be a flop. We’ll live and see. 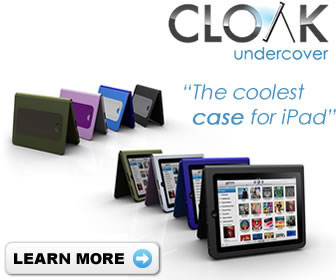 Maybe the coolest iPad protective cover, Cloak is made from non-slip rubber and it can be used in either portrait or landscape positions, depending on your needs.

What do you think: is iPad going to be a winner or a loser?